We -Tatyana Goldberg and Tobias Hamp- at RostLab developed a novel method, LocTree2 that predicts localization for all proteins in all domains of life. Similar to our previous method, LocTree, we incorporate a system of hierarchically organized Support Vector Machines to mimic the protein trafficking mechanism in cells. Please note that other than the hierarchy and the name LocTree and LocTree2 have nothing in common.

As in LocTree, biological similarities were incorporated from the description of cellular components provided by the Gene Ontology Consortium (GO). In cases of ambiguous relations (e.g. PER, MIT, CHL) we explored different trees in which these classes were placed at different levels in the hierarchy and selected the hierarchy with the highest prediction performance. LocTree2, was extremely successful at learning evolutionary similarities among subcellular localization classes and was significantly more accurate than other traditional networks at predicting localization. 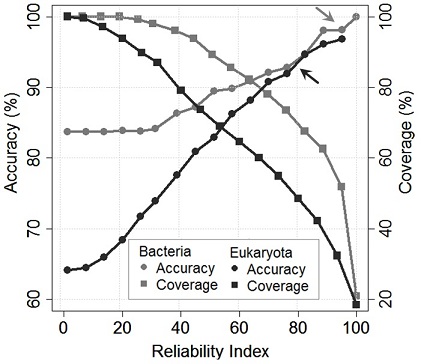